Your City
Select or type your city
OR

Incoming!
We just sent you an email

OTP Verification
Making sure its not a robot we are talking to
Skip
Your profile won’t be verified
if you skip mobile number.
[email protected] +91 7666003344 Contact Support

Law is one of the most popular careers to pursue not only in India but all over the world. The students of these colleges do not shy away from fun and always aim to have an annual celebration of their college’s spirit. These college festivals are among the top rated in India and are of varying kinds from cultural to academic. They have a wide array of activities to take part in. Said activities can also range from cultural to non-academic to academic. What most students look forward to, however, are the music performances by famous celebrities. 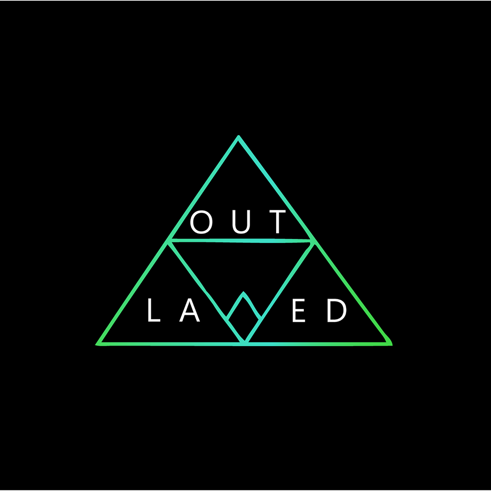 Outlawed is considered to be one of Eastern India’s greatest and most attractive college festivals. Since its inception in 2006, this social and cultural fest hosts plenty of exciting events. There are events where you can flaunt your own style such as fashion shows. Even if you are interested in debating, Outlawed has got you covered. Not to mention, the festival has had the pleasure of inviting popular bands to perform annually such as the Indian Ocean and Nucleya. Outlawed gives students across different colleges in Kolkata 3 days of unforgettable experiences. 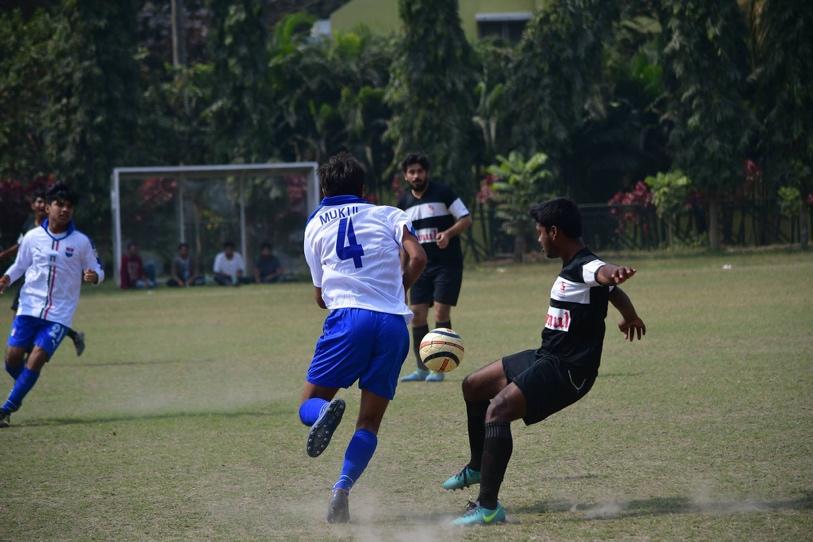 WBNJUS also has a festival dedicated to sports – Invicta. Since its inception in 2007, Invicta has grown to be one of the largest law school fests in the country. Hosted over 3 days, Invicta invites over 5000 participants from over 100 law schools across the country to participate in 26 events. There are formal events which are serious competitions for the best of the best. These include football, basketball and tennis, to name a few. There are also informal events which are just as exciting as the aforementioned sports. An example would be gaming, which anyone can surely get into. 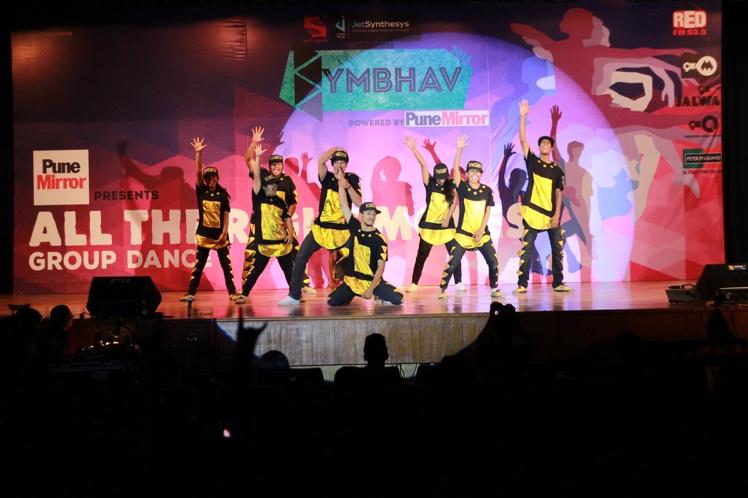 One of the biggest law colleges in India hosts arguably the greatest cultural and sports festival in the country – Symbhav. Started by a group of proactive students in 2009, the festival has become one of Pune’s largest and most popular college fests. Symbhav invites talented individuals to participate in exciting events not just from Pune but from numerous colleges across India. The events range from quizzes to various fine arts events. That’s not all; Symbhav also invites renowned music artists and bands to perform such as Farhan Akhtar and Nucleya! 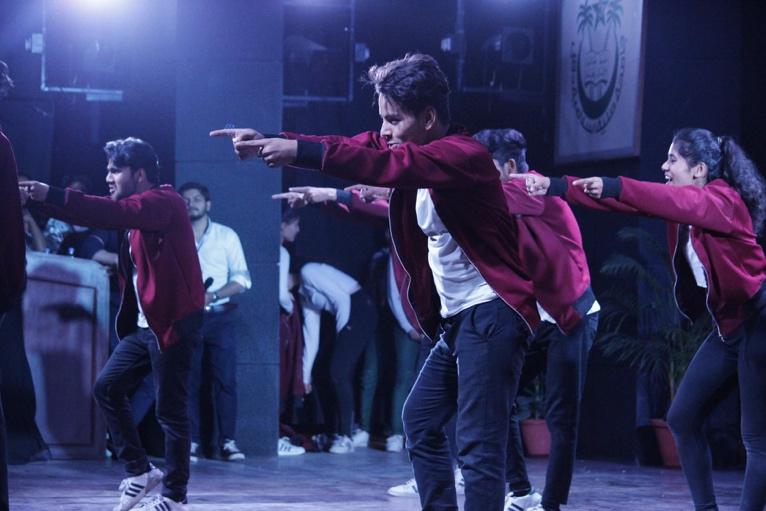 Jamia Millia Islamia has got many wonderful college fests under its belt. Commercialese is one of theme, the annual cultural fest hosted by the department of commerce and business studies. It is an extravagant music festival that is enjoyed by students from various colleges across Delhi. Commercialese features many exciting events such as a debate competition and events sports such as football. If you think you can make an audience laugh, there is an open mic for stand up comedy as well. The fest is not only a celebration; it is an opportunity to showcase your talents. 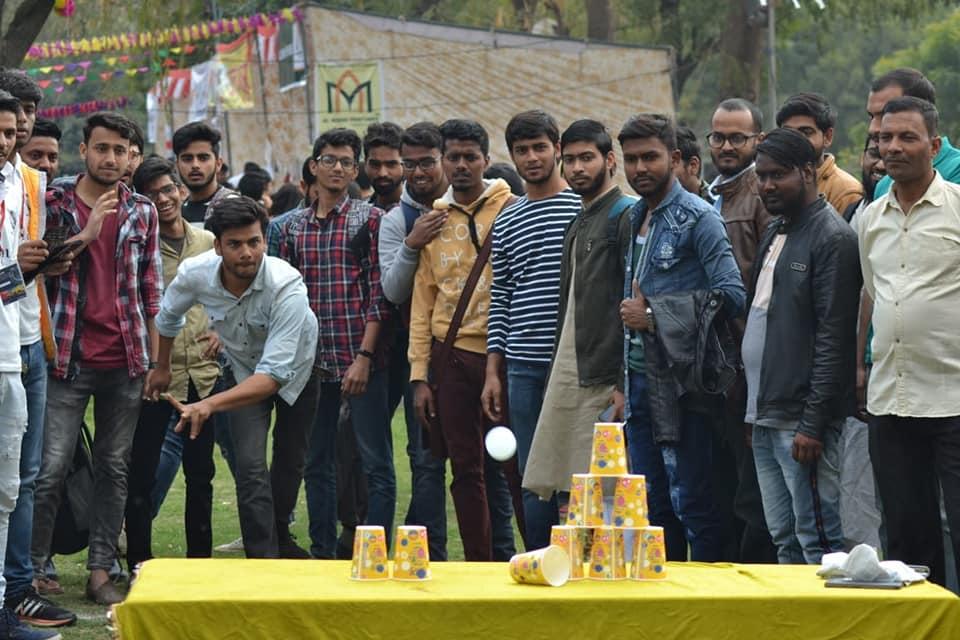 The Business Club of Jamia Millia Islamia is truly a talented bunch as they are the hosts of the college’s annual business fest – Spark. This is truly an extraordinary college fest which hosts a wide variety of creative events. One such example is a Harry Potter quiz which is sure to attract a large number of Potterheads to test their knowledge! If you want a simple but fun event, PUBG has got you covered. Spark also appeals to start-ups across Delhi to showcase their revolutionary business ideas and innovations. It is not just fun and games at Spark, there is learning as well.

Everything Tech - thats how Sharad pens his profile. He has designed Tech products, developed them, built tech teams, and also sold tech products as part of multi-million dollar Enterprise Solutions. He is currently the CTO of Onspon which is India's biggest event marketplace that aims to help event professionals create fantastic events and monetize them. Onspon helps event managers in getting sponsorships, selling stalls, partnering with great vendors and plan their event better. With partnerships like eventonapp, Onspon also uses mobile first platforms (event apps) to create fantastic opportunities for events to engage their audience and sponsors.

Sharad is an industry speaker on event trends and engaging user behaviour in communities and is a part of multiple leadership forums. An avid reader, book critic and writer, he currently lives in Mumbai.

The platform your event should be on, its Onspon.com !
Onspon provides industry best , easy-to-use and showcase event platform which helps you find and partner with stakeholders to discover and exchange synergies to create fabulous events.

Create your event , showcase your company background, create powerful event decks, integrate your community and event app - all in one super charged dashboard. We aim to integrate all your ticketing, registration, event hiring solutions, celebrity sourcing, venue search, social media analytics - all in one simple to use dashboard.
We help organizations plan and market events, find sponsors, execute on ground, engage with attendees and measure results - all through just one simple listing. So next time when someone asks you to “send your event profile”, just share your event’s Onspon URL - its your event’s beautiful showcase.